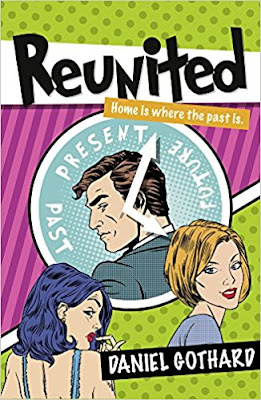 
1992, and Ben Tallis is coming to terms with the recent death of his father. His ability to cope isn't helped by the fact he's secretly in love with one of his best friends. At least keeping a daily journal helps him make sense of events, and he believes it's the perfect preparation for his plan to one day become a successful journalist. 2012 and Ben has achieved his career ambition - he's a highly respected journalist and is engaged to a hardworking and ambitious lawyer. But this seemingly 'perfect' relationship is fraught with problems. Ben mentions in passing to his editor he has received an invitation to a 20 year school reunion but doesn't want to go. His editor however smells a great feature article and insists Ben returns home, faces his past - including his secret teenage yearning - and writes a feature on how much we change, and yet in so many ways stay the same. As Ben reluctantly re-engages with his past he soon comes to realise that we can never run from the truth...or who we truly are.


My review of Reunited 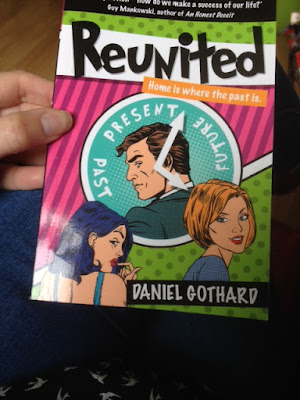 I am so glad that I finally got round to reading and, now reviewing Reunited, as this book has been on my TBR list for some time. All I can say is that it was well worth the wait, as this book is fantastic. It is an enjoyable read about finding out who you really are by exploring your past. In this case, we follow Ben, a journalist, who writes for an online magazine, and I thoroughly enjoyed his journey.
Reunited begins by us meeting the present day Ben in 2012, who after mentioning to his editor that he has been invited to a twenty year school reunion, is told that he needs to go and cover the story.  At first Ben is reluctant to go, and to write about the now adults who were his school friends, but, in the end he does what his editor asks and plans to write his own unique  story. The driving force being that he hopes to see his old friend and unrequited teenage love, Catrina.
The entire school reunion angle really intrigued me. What would I do if I was invited to a school reunion? Would I go? Well, probably not. But the idea of attending such a reunion fascinated me, and I read with great interest as Ben planned for the big day and how he dealt with buried feelings about his past, all dredged up because he was having to face what had happened to him over twenty years ago.  What was most telling was his relationship with his girlfriend, Kate. Although they had been together for some time, it was very obvious that they had problems, including long working hours and I felt that unresolved issues from Ben's past were stopping him from living fully in the present.
That brings me nicely on to the journal  entries, that date back to 1992, not long after Ben's dad died. These passages were well written and I believed that I was reading the thoughts and feelings of a teenage boy. My heart went out to him, a young man who was having to deal with the death of his father and all of the changes that were taking place around him. These passages were both funny and sad, but the author managed to get the mix just right, and enabled me to work out why the present day Ben acted in the way he did, it all made perfect sense to me.
This is a funny book, and one that is embedded in bittersweet nostalgia. It is also  a much deeper read than the cover would suggest. If you have ever wondered what it would be like to come face to face with your old school friends, and the bullies, then you will enjoy this book. It is an insightful read into what makes us who we are. I thoroughly enjoyed it.
Reunited is published by Urbane Publications and is available to buy from Amazon here ﻿
About the author
Daniel Gothard lives in Oxford with his wife and three children. He has a CertHE and MA in creative writing. He has previously had three novels published and appeared in numerous literary journals and anthologies in the UK and abroad. His novel - 'Friendship and Afterwards' - was nominated for The People's Book Prize. His previous novel was the bestselling romcom 'Simon says'. Daniel is also an Arts Correspondent for After Nyne magazine.