All the Colours in Between @EvaJordanWriter 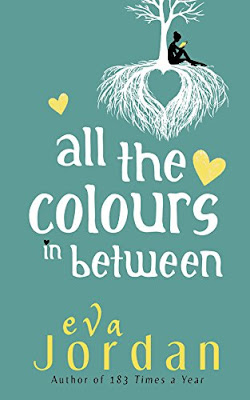 About All the Colours in Between

Lizzie is fast approaching 50. Her once angst ridden teenage daughters, now grown and in their twenties, have flown the nest, Cassie to London and Maisy to Australia. And, although Connor, Lizzie's sulky, surly teenage son, is now on his own tormented passage to adulthood, his quest to get there, for the most part, is a far quieter journey than that of his sisters. The hard years, Lizzie believes, are behind her. Only, things are never quite as black and white as they seem... A visit to her daughter in London leaves Lizzie troubled. And that is just the start. Add to that an unexpected visitor, a disturbing phone call, a son acting suspiciously, a run in with her ex husband plus a new man in her life who quite simply takes her breath away; Lizzie quickly realises life is something that happens while plans are being made. Gritty but tender, thought provoking but light-hearted, dark but brilliantly funny, this is a story of contemporary family life in all its 21st century glory. A story of mothers and sons, of fathers and daughters, of brothers and sisters, and friends. A tale of love and loss, of friendships and betrayals, and coming of age. Nobody said it would be easy and as Lizzie knows only too well, life is never straightforward when you see all the colours in between. 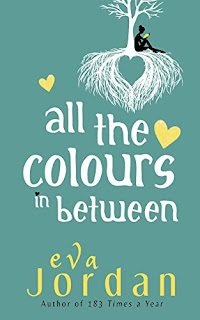 My review of All the Colours in Between

Wow, well what a breath of fresh air this novel is. It's a book that deals with what life throws at you. As the book states, 'it's not a life, it's an adventure.' I laughed, I cried, and raced through the pages, savouring every word. It's an honest read about family life, and I loved it for its rawness. I'll just mention here that All the Colours in Between is the follow up novel to 183 Times a Year, which I haven't read, but that this book worked very well for me as a stand alone novel.

So, where do I begin? This book is told from first person multiple points of view. with each chapter stating who is talking, so it's very easy to follow the story. Having said this, each character has their own particular voice, and some use more colourful language than others, so if you are easily offended by swear words, then this may not be the book for you. The language used is current, especially the dialogue from the younger members of the family, but the language is needed to make these characters real. I'll admit that I had to google the word 'peng.'

Lizzie is a mother, a writer and is fast approaching fifty. She has a busy life and has many a drama in this novel that I can't go into without giving away spoilers, but I can say that I admired her greatly. She is a woman who worries about her children, her elderly father who is ill, all while trying to juggle a writing career. Many of her chapters are poignant, and brought a lump to my throat.

Connor is Lizzie's son and is also a central character. At fifteen his voice is incredibly fresh and utterly believable. Here is a boy on the brink of adulthood and I just wanted to give him a big hug, I really liked Connor. Cassie is Lizzie's daughter, who works in the music industry, a young woman who has to deal with a life changing event, and I found myself utterly gripped by this young woman's story, of which her emotional journey was very well written.

All the Colours in Between is a powerful, emotional, and fast paced story about modern life in a blended family. It was a pure joy to read and I can't wait for the next instalment in this family saga.

With thanks to the publisher for an Advanced Raeder Copy.

All the Colours in Between is published on October 19th by Urbane Publications and can be found on Amazon here.