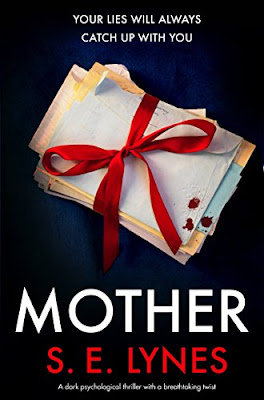 
How far would you go for the perfect family?
Every mother loves their child. Every child deserves to be loved. But Christopher grows up so lonely it hurts. Until the day he climbs into his family’s dusty attic, and finds a battered old suitcase.

Inside the suitcase is a letter. Inside the letter is a secret; a secret about his mother that changes everything.

Christopher finally has the chance of happiness. A happiness he will do anything to protect…

An unputdownable thriller about the lies we tell and the secrets we keep, Mother will hold you breathless until the very last page and leave you reeling. Perfect for fans of The Girl on the Train, The Sister and Apple Tree Yard.

My review of Mother 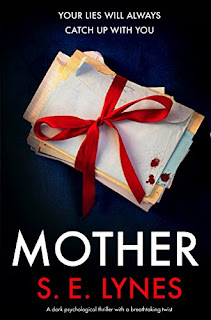 Oh this book! What an emotional rollercoaster ride it is. It's a book about what it means to be a mother, what we want a mother to be, and that mothers are so much more than flesh and bone. It's an exquisite read.

From the very beginning the tone is set, as that of a deeply dark, psychological thriller. It's in the choice of words, pace and the grim depictions of the area in which Christopher lives. We are also introduced to an unknown narrator, who has their own story to tell about Christopher, and this helps to create an extra layer of mystery. We actually read Christopher's story through the words of this unknown narrator, and this helps to create distance between the reader and this young man who is haunted by his past and his need for the perfect mother. It's not until the end of the novel that this narrator is revealed to us.

Christopher's life changes when he finds an old battered suitcase in the attic, in the family home. His whole existence shifts, this life changing event is very emotional to read. His identity, his past and future all hinge on what he finds in this suitcase. I felt great empathy towards Christopher, although not a likeable man, I did feel that I understood him and the journey that he was on.

Mother is set in the north of England, in Morecambe, and then later on in Leeds when Christopher starts at the University to read history. He is there during the time of the Yorkshire Ripper, which helps to create a great sense of unease and displacement during this time. It was also vey obvious that the author had done much background research about the Ripper.

Mother is a deeply disturbing read that questions what it is to be a mother, while exploring what  a young man is prepared to do in order to get his version of that perfect mother. It's a clever read, full of twists, but ultimately it is a sensitive read that makes us question our own morals and what we believe are right and wrong actions. It really is a deliciously dark, unsettling and clever read.

Mother is published by Bookouture on 22 Nov. 2017 and can be found on Amazon here.