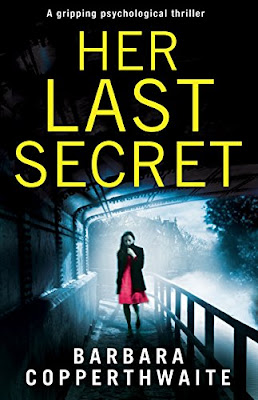 About Her Last Secret


Everyone thinks the Thomases are the perfect family: grand London house, gorgeous kids.

They don’t know wife Dominique is a paranoid wreck.

They don’t know husband Ben is trapped in a web of deceit.

They don’t know daughter Ruby lives in fear of the next abusive text.

But someone knows all their secrets.

Can the lies that bind them destroy them all?

This dark, gripping psychological thriller will have you holding your breath until the very last page. Fans of Behind Closed Doors, Sometimes I Lie, and The Girl on the Train will be captivated.


My review of Her Last Secret 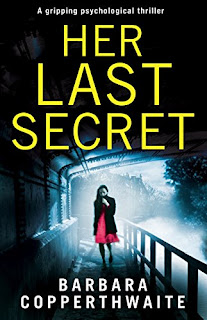 The novel begins on Christmas Day when the police are called to a house in the early hours of the morning, having been alerted by neighbours who have heard gunshots. We know nothing about the inhabitants, but two bodies are brought out of the house, and then the story slowly begins to unfurl.

We are introduced to four family members. Dom, her husband Ben, and their two children, young Mouse (Amber) and teenager, Ruby. We read all of their personal accounts via   alternating chapters. All have their own motives and all are complex. Nothing is as it seems. Dom is a stay at home mum, who feels that her husband loves his job more than her, and she too has her own secrets to keep. She also feels that she is growing further way from her teenage daughter. In fact, does she know her at all?  Ben has his own worries to deal with when it comes to work issues, and he finds himself getting deeper into trouble. Ruby also has a lot to contend with in her school life, but who will listen to her?

The storytelling is magnificent, the story structured in such a way that you know something bad has really happened but you don't know quite what it is, who is responsible and who the victims are. After we learn that the police have been called to a house on Christmas Day, we then go back just over a week before that day, and the story slowly begins to unravel, interspersed with chapters about the police and their findings on Christmas Day. This builds up the pace beautifully and I honestly didn't want to put this book down.

As the book states, this is a psychological thriller and it tackles some serious issues, none of which I will mention as they will be spoilers, but suffice to say that this is a gut punching book, and as a mother, Dom truly resonated with me.

Her Last Secret is a dark, unsettling and addictive read that will reel you in and keep you hooked from the very first page.

Her Last Secret is published by Bookouture on 13 October.

With thanks to the publisher and NetGalley for an Advanced Reader Copy.
Posted by jo at 05:00