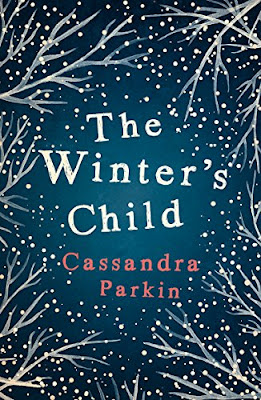 About The Winter's Child


Five years ago, Susannah Harper's son Joel went missing without trace. Bereft of her son and then of her husband, Susannah tries to accept that she may never know for certain what has happened to her lost loved ones. She has rebuilt her life around a simple selfless mission: to help others who, like her, must learn to live without hope.

But then, on the last night of Hull Fair, a fortune-teller makes an eerie prediction. She tells her that this Christmas Eve, Joel will finally come back to her.

As her carefully-constructed life begins to unravel, Susannah is drawn into a world of psychics and charlatans, half-truths and hauntings, friendships and betrayals, forcing her to confront the buried truths of her family's past, where nothing and no one are quite as they seem.

A ghostly winter read with a modern gothic flavour. A tale of twisted love, family secrets and hauntings.

My review of The Winter's Child 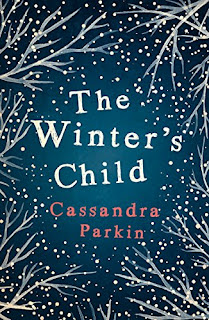 The Winter's Child is a dark, spellbinding read full of twists that hooked me in. The novel has such a beautiful haunting quality about what it means to be a mother. I found it deeply moving.

The story focuses on Susannah Harper, now a single mum whose young teenage son, Joel, disappeared five years ago. Slowly Susannah begins to rebuild her life, with the help of her sister, but she is always hoping that Joel will return, that he is still alive. A part of this coping mechanism is her blog, in which she documents her life and feelings, in the hope of helping others who are in a similar situation.

At the beginning of the book Susannah is at a Christmas Fair with her sister, and her young niece and nephew, and it is here that she meets a fortune teller who is about to radically change he life path. She is told that Joel will return to her at Christmas. It is this fortune telling aspect that helps to create an almost gothic taste to this book. Nothing is quite as it seems. Will Jake return? Who can she trust? Should she believe in psychics?

The writing is simply beautiful and as the story is told from Susannah's point of view, you are drawn into her world. I felt so sorry for her, her emotions so evident on the page, all mixed up, anger, worry, frustration, sorrow and a huge sense of unease that she would never see her son again. This is a book about a mother's love, and the relationship between mothers and sons.

What should be a deeply difficult book to read, because of the subject matter, is made manageable because of the way in which the author writes. She writes in no nonsense language, stating those feelings and facts so that as a reader, you understand completely what the characters are going through.

This book a deeply moving story and one that sent a constant shiver down my spine, in the never knowing what happened to Joel and then the slow unraveling of what did happen. The Winter's Child is a breathtaking winter read, so, curl up on the sofa with a warm drink and enjoy!

The Winter's Child was published  on 15 September by Legend Press and can be found on Amazon here.

With thanks to Imogen Harris from Legend Press who provided an Advanced Reader Copy and for inviting me on the Blog Tour.

Cassandra Parkin grew up in Hull, and now lives in East Yorkshire. Her short story collection, New World Fairy Tales (Salt Publishing, 2011), won the 2011 Scott Prize for Short Stories. Her work has been published in numerous magazines and anthologies. Author of The Summer We All Ran Away (2013) and The Beach Hut (2015) and Lily's House (2016). 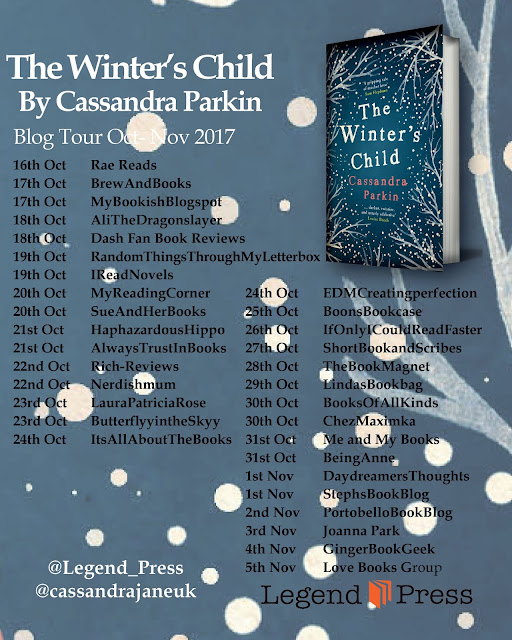