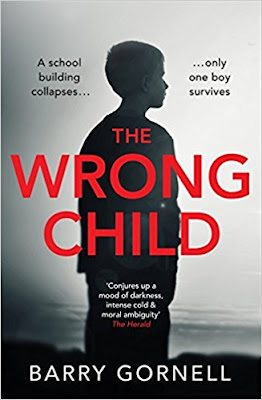 About The Wrong Child

What if your child committed the ultimate crime?

To his own mother and father, Dog becomes a daily reminder of their survivor's guilt.

To the other parents he is a hated and feared emblem of their unbearable loss.

Now, seven years after the tragedy, Dog's parents have abandoned him.
And with no one to protect him, the broken community's desire for justice soon becomes unstoppable...

My review of The Wrong Child 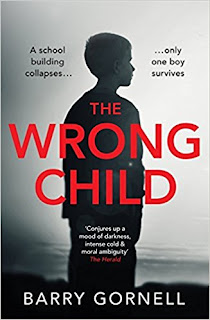 The Wrong Child is a book that challenged me. It is fairly dark and brooding, and looks at the not so  bright side of life. But I found it most illuminating, in its depictions of childhood, friendships and the tightly knit community of a Welsh rural village. It would be wrong to say that I 'enjoyed' reading this book, as it is not that type of book. As I say, it challenged me, it made me think. We read books for many different reasons, and so this book for me really was an exploration into what makes an entire community turn its back on a child.

The book revolves around Dog Evans, past and present, the only survivor out of a group of 22 children, when the local village school was destroyed. For this very reason, even seven years later, Dog is a hated member of the community, because he survived - the wrong child, when his classmates did not. Dog lives his life as best he can nearby the ruined school, a daily reminder of what happened and who he became as a result. He reeks of survivor's guilt and my heart went out to him. Throughout the novel he is still trying to come to turns with what happened, he wants justice and he wants the truth.

The novel deals with the issue of abandonment and grief. The fact that Dog's parents abandoned him due to their own consumed grief. This I found very difficult to read. The fact that a mother could abandon her own child.

This novel asks many questions about what it means to be a mother and the definition of the mother and son bond. What causes an entire community to turn their back on a child? How can a mother becomes hateful toward her own flesh and blood? What is interesting is that although the novel asks many questions, there are many questions still left unanswered as you turn the final page. If you like to read books with neat and tidy endings, then this may not be the right book for you. However, if you like a book that challenges your notions and ideals of morality, and is unsettling, then this book ticks all the right boxes.

The Wrong Child is published by Orion on 2 Nov. It can be found on Amazon here.

With thanks o the publisher and NetGalley for an Advanced Reader Copy.
Posted by jo at 05:00