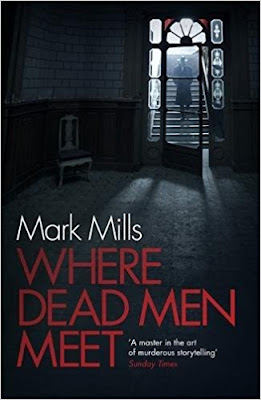 About Where Dead Men Meet

Paris, 1937. Luke Hamilton - a junior air intelligence officer at the British Embassy - finds himself the target of an assassination attempt. A clear case of mistaken identity, or so it first appears. As Luke is hunted across a continent sliding towards war, he comes to learn that the answers lie deep in a past that predates his abandonment as a baby on the steps of an orphanage twenty-five years ago.

From the author of the bestselling THE SAVAGE GARDEN, and set against a terrific backdrop of Europe on the cusp of the Second World War, this is a compelling novel, rich in adventure, espionage, secrets and lies.


My review of Where Dead Men Meet 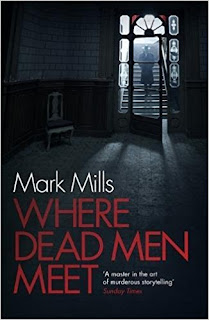 Where Dead Men Meet is a thoroughly gripping period thriller like no other I have ever read. Mark Mills is a gifted storyteller and I quickly found myself immersed in this unknown world, with this gripping tale of survival.

Where Dead Men Meet is set in Paris during 1937. Luke Hamilton, the protagonist of the story works at the British Embassy as an intelligence officer. He is young, handsome and has his fair share of the ladies. I loved him instantly.

The novel opens with the murder of Sister Agnes, who lived at St Theresa’s Orphanage, the same orphanage that Luke grew up in, and the nun who found him abandoned on the doorstep as a baby. I'll admit that this opening hooked me in. We then move on to Luke, as he suddenly finds himself as the target of an assassination attempt, and the novel begins to ask questions about his past and who wants him dead. One of the men who has been assigned to kill Luke, Borodin, has a change of heart, believing him to be someone else, and so decides to protect him and help him escape... and so the real story begins.

The novel beautifully evokes the thoughts and feelings of those living before the beginning of the Second World War. The fear and the uncertainty. Coupled with this is the story of Luke, a story that is rich in lies, deceit and villains. This really is one twisted and complicated plot that I can't even begin to explain, and I don't want to give away any spoilers, but all I will say is that you will be hooked from the moment that you meet Luke. He is a captivating character, a likeable man, and you will want him to find out about his past and why someone wants him dead. Or is it simply mistaken identity?

We follow Luke in his journey across Europe in his quest for survival and his search to find out who he really is. It's a tale of survival, treachery, with a dash of romance. This novel really does have it all. It's simply a fabulous read and an entertaining story with characters that you ultimately care about. Its a wonderful, evocative read

With thanks to the publisher and Bookbridgr who supplied a paperback for review purposes.

Where Dead Men Meet  was published in paperback by Headline Review on 13 July. It can be fond on Amazon here.